You are here: Home / Investors / Awards and Events / Labec Century awarded the 2014 Explorer Of The Year Award, CIM Newfoundland Branch 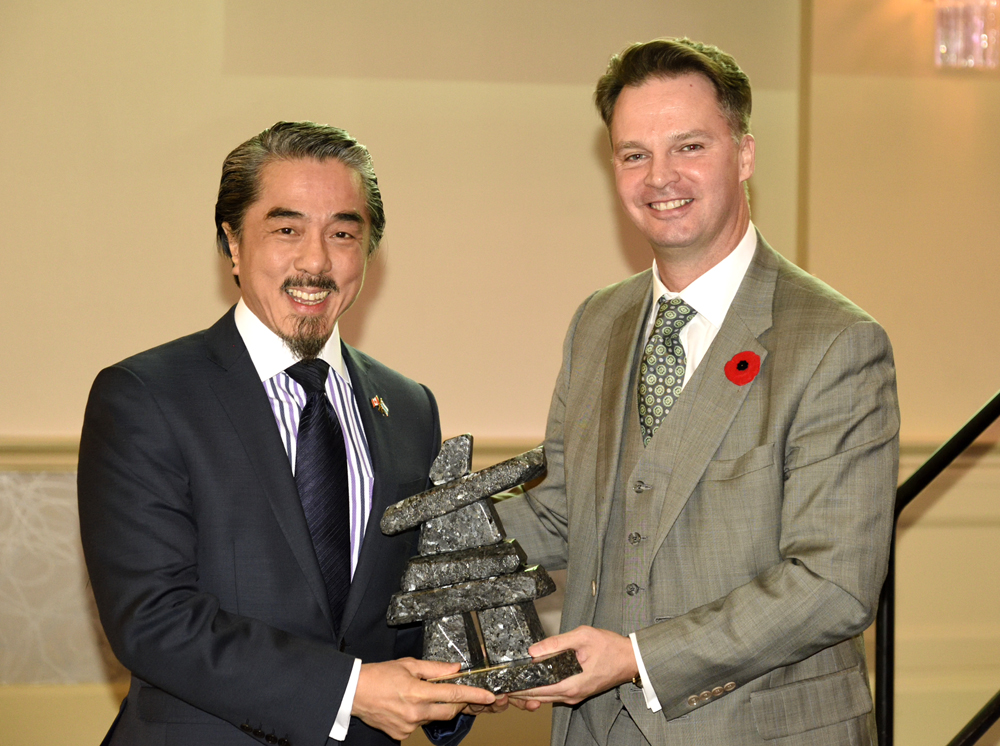 On November 8, 2014, Labec Century Iron Ore Inc., a subsidiary of Century Global Commodities Corporation, received the “2014 Explorer of the Year Award” from the Canadian Institute of Mining, Metallurgy and Petroleum (“CIM”) – Newfoundland Branch at its annual awards banquet in St. John’s. The award recognizes the significant advancements in iron ore resource development and exploration at the Joyce Lake DSO deposit, which is 100% owned by Century Global Commodities and located in Newfoundland and Labrador.

“Receiving this award is a great honour. Century is proud to have discovered the Joyce Lake DSO deposit from early stage prospecting in a previously unknown DSO area in the Labrador Trough. It means a lot to us, coming from this prestigious professional association, and we are truly grateful for this recognition,” said Sandy Chim, Chairman and President and CEO of the Company.

The Joyce Lake project is the first DSO discovery in the area in three decades. Century has invested almost eight years of work and approximately $30 million to bring the project to its current advanced stage of feasibility and environmental studies, which are expected to be completed in the first quarter of 2015.